An open workshop on Urban Living Labs stretching over continents.

An open workshop on Urban Living Labs stretching over continents. The World Organization of “United Cities and Local Governments” is the largest organization of local and regional governments in the world. The network is providing a framework for international collaboration for over a century. The aim is to lift up communities and international collaboration. The global network consists of cities, as well as local, regional and metropolitan governments and their associations. They represent, defend and amplifying the voices of local and regional governments. They aim to leave no one and no place behind. The organisation has regional working groups and meetings. But the global meetings are every 3-year, in accordance with the presidency periods of the organisation. The 2019 global conference took place from 11th till 15th November 2019 in Durban, the coast city of South Africa. It was the reunion of a very diverse community. There were leaders, civil society representatives and experts working on all levels. Migration, all kind of citizen rights, participation and empowering the citizens were hot topics. The approach to them was manifold. Some speaking and discussing leaders have themselves activism background and were demonstrating, how they perceive their role as leader. The organisers paid attention to include young people in the events and discussions. The conference therefore provided a very good mixed crowd to discuss the Urban Living Lab and our PlaceCity project. This year’s World Summit of Local and Regional Governments was focussed on the implementation of UN’s Agenda 2030 and the Climate Agreement. JPI Urban Europe team and partners wanted to discuss with participants how experimental methods, such as Urban Living Labs, can contribute in the achievement of global goals and targets. The Urban Living Lab workshop brought together different JPI Urban Europe actors. Project partners had the possibility to share insights of their project with the UCLG community the experience made in the project labs. In the session projects from the Making Cities Work and ENSUF highlighted their experiences in implementing global strategies with their labs. The vast time of the session was dedicated to discuss and exchange with the audience how an “ULL” can support urban administration in their sustainability journey. 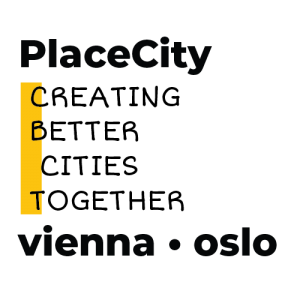 PlaceCity collects placemaking tools, writes manuals for them and sahres them through the website with everyone. Collected tools are also tested in the cities Vienna in Austria and Oslo in Norway, where also new discoveries are made. Together with local actors and placemakers, a sustainable placemaking agenda is created to advance with the specific agendas in the respective cities. Even though the communities are different from each other, together the urban tissue is getting improved. The project allows the partners not to only test but also develop new tools, and share them with placemakers all around the world. The city partners of each city are also going to develop a scenario to up scale the project results. The project partners are inviting everyone to use the tools and also make the happenings of their cities visible, with the hash tag #PlaceCity. With the participation in the conference, PlaceCity partners could extend their invitation worldwide. The workshop attracted different kinds of participants with participants from Korea to El Salvador. The participants were involved in a workshop setting, with the aim to test the Urban Living Lab approach on a fictive project. The discussion in groups was very fruitful and a new Urban Livign Lab could be pitched in no time. Interesting was that the participants, regardless their background or city of origin, could adapt immediately in a Lab setting and were very open to discuss openly. Potential challenges in such a process didn’t scare them a bit. Challenges were seen as a part of the journey. With such open-minded city makers, Urban Living Lab’s have a good chance to improve our urban lives all over the world.