The City of Pontevedra will host Placemaking Week Europe 2022!

We look forward to another wonderful festival bringing together Europe's placemaking community in Northern Spain in 2022!

Project in a few words

We look forward to another wonderful festival bringing together Europe's placemaking community in Northern Spain in 2022!

Placemaking Week Europe is Europe's biggest conference and festival celebrating the impact of placemaking in cities. The event brings together some 400+ placemakers from across Europe and even the world, who are working on creating better public space and a city at eye level.

Together, as a consolidation of knowledge from different fields, we create an opportunity to discover placemaking solutions via shared insights from each other and also learn from real-life applications in placemaking and tactical urbanism. Placemaking Week Europe aims to leave a lasting legacy in Pontevedra, serving as the launching platform for local urban transformative processes.

Beginning in 1999, the city of Pontevedra adopted a new city model that aimed to shift attention from private motorised vehicles instead to the city’s pedestrians. The city council went about banning all but essential traffic, and promoted journeys by foot, bicycle or public transport. The city suppressed indiscriminate parking in central streets, thereby cutting down immensely on inner-city traffic jams. These measures have seen CO2 emissions go down in the city by 68% since 1999, and the city has also witnessed a demographic increase and growth in its service economy. Cars don’t have a greater right than anyone else to public space anymore, and Pontevedra has, in recent years, been increasingly working on public space with a distinctive placemaking approach. Pontevedra wants to create a better city together - not using top down methods - but rather, collaboratively with the city's inhabitants.

For these reasons, Placemaking Europe is very excited to collaborate with the city of Pontevedra and we hope to see you all there for Placemaking Week Europe 2022! Stay tuned for exciting updates to follow ;) 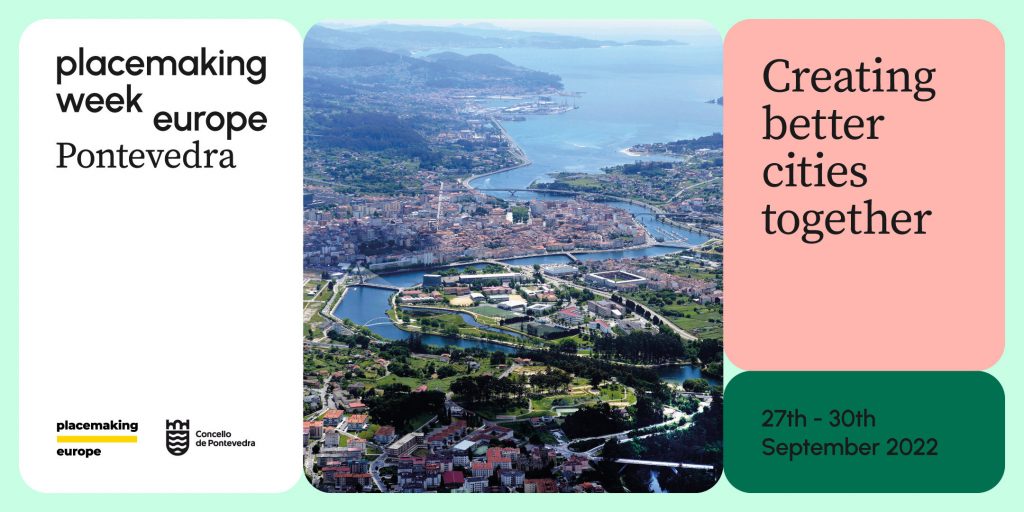