Oslo is the capital of Norway and the country’s largest city. It is a compact capital city surrounded by nationally protected forest and by the Oslo Fjord. It has been ranked first in terms of quality of life among European cities but, at the same time, is the second-most expensive city in the world following Tokyo. The population is young, highly-educated and diverse – with nearly 30% of the population being first or second generation immigrants.

Oslo has a small population compared to other European capitals; however, Oslo is one of the fastest growing cities in Europe - constituting both a great opportunity and a great challenge. Oslo's growth is attributed to high birth rates, intra-national migration, and international migration. The city has to plan and build for growth in terms of infrastructure, schools, care facilities and service production, while implementing an ambitious environmental and climate policy.

City development in Oslo is strongly committed to work for a more sustainable and welcoming city with room for everyone, working together with its inhabitants, the business sector, organisations and the national government. This commitment  is related to the distribution of Oslo’s inhabitants; one-third of the population of Oslo lives in the inner city, which covers about 15% of the city’s urban area. Last year, the European Commission awarded Oslo the prestigious European Green Capital title and the city showcased on an international level that it is a green city with knowledge and experience to provide new and smart solutions for people and the environment. One of the city’s goals is to not only reduce the number of cars in the city centre, to cut transport emissions and improve public health by reducing local air pollution, but also to create more open public spaces that can be filled with activities and green areas. Similarly, the ambition of the city government is for Oslo to be an international leader in utilising urban agricultural activities to facilitate the development of a greener, more inclusive and creative city with space for everyone through the strategy “Sprouting Oslo”. Besides, an intensive use of the outdoor spaces and the ongoing increase of population has led to a competition for the public spaces in Oslo. That's why in 2009 the Oslo City Council approved a municipal plan to improve the quality and accessibility of squares and other public spaces. The following is an overview and analysis of the strategies and programmes that the city aims to use to make these goals a reality.

The Car-Free Liveability Programme in Oslo is led by the Vice Mayor for Urban Development with the secretariat being located in the Agency for Plan and Construction. This programme is all about giving urban spaces back to people. A city centre with fewer cars makes more room for life in the streets and pleasant meeting areas. During the City Council period of 2015-2019, an area of approximately 1.3 km2 was transformed into a better urban environment through removing parking spots and increasing car traffic restrictions. The main aim of this initiative was to improve city life and reduce traffic from private cars. The city centre was used by the municipality, organisations, businesses and inhabitants to hold outside events, culture activities, art, playgrounds, etc. People in Oslo were also invited to provide their input through meetings, seminars, and campaigns. In addition, several small and large physical measures were carried out to upgrade streets and squares and to facilitate the presence of pedestrians and cyclists. The long-term plan for how to further improve accessibility for cyclists and pedestrians in the city centre, called “City life for everyone”, is now awaiting final political approval. You can read the entire Car-free Liveability Programme (in English) here. 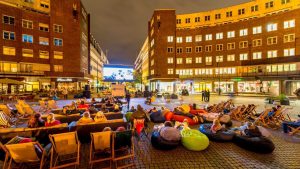 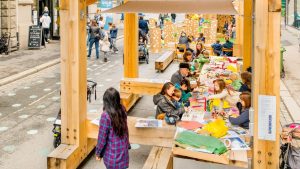 Activities for children in the street Øvre Slottsgate

The programme is part of a longer-term strategy to deal with cars and traffic in Norway’s capital. The city has, for decades, been making it intentionally difficult to drive in the city centre with blocked streets, restrictions on turning, right-of-way going to trams and busses over cars, and heavy tolls for entering certain areas of the city. The current city government, a coalition of labour and green parties, pushed car-free ideas heavily in their first months in office. However, pushback occurred from many businesses who worried about parking for customers and access for delivery vehicles. The government has scaled down plans somewhat, but private business has responded with pedal- and electric-power delivery vehicles. What has become apparent is that work to reduce cars in the city has created a positive feedback loop, where reduction in cars and parking spaces are followed by installation of amenities includes seating, gardens and public art much to the approval of many citizens.

The City of Oslo has drafted, along with public input, a strategy for urban agriculture with the goal of creating ‘room for everyone’ in green, public spaces. The plan details how the city hopes urban agriculture will be used as a tool towards creating a greener, more inclusive city with a thriving local food scene that has plenty of space for education. The document is intended to be used, with occasional edits, up to 2030.

Of particular interest to Placemakers, are the third and fourth focus areas of the plan: ‘meeting places in a sprouting city’ and ‘green educational arenas’. The city envisions increasing the social life of the city through creating more spaces for citizens to come together. This will occur through considering actions such as tool sharing programmes, municipal actors exploring if urban agriculture fits into their social programming, creating more picnic areas in public spaces, and trying to integrate green care into healthcare facilities. Additionally, Oslo wants more education opportunities for its citizens around food and healthy living through urban agriculture projects. This goal will primarily be pursued through considering options to expand the city’s school garden programming, with some locations already existing, the goal is to make these more attractive and consider building new facilities as well. While the plan does not come with concrete actions or regulations, the hope is that municipal agencies and private actors will use the plan as a roadmap forward. You can read the entire Sprouting Oslo strategy (in Norwegian) here. 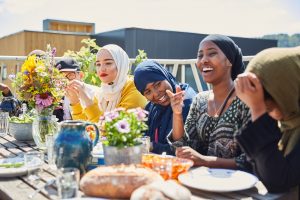 The Sprouting Oslo strategy creates many good ideas for how urban agriculture could create social meeting places and make Oslo more green. These ideas are intended for the city and private sector to utilise for creating a more liveable city. However, the plan comes with no teeth - as there are no concrete policy changes or programmes that have emerged from it. Additionally, the plan is very broad, including a wide segment of the ‘state of the art’ of urban agriculture. In many ways the strategy feels like more of an inspiration document than an actual roadmap as it includes too many diverse ideas and not enough tangible, pragmatic implementation strategies, making it difficult to actualise. The challenge for the city is finding a way to narrow the focus and create concrete implementation strategies, then decide if the city is going to participate in implementation or create a strategy to incentivise private implementation.

The Oslo city council decided to allocate a total of NOK 196 million (EUR 19 million) from 2007 to 2020 to establish new, and further develop existing, squares and meeting places in all the districts in Oslo. The purpose of this municipal plan is to develop good outdoor public spaces in the city that are adapted to a variety of user groups and activities, allow a diverse and multicultural urban life, adapt to the needs of children and young people and have high quality and good accessibility. The municipal plan includes extensive information about the development of squares and meeting places, by giving an overview of each district's most important meeting places and offering a "toolbox" that provides ideas, methods, processes and solutions for the development of squares and meeting places. You can read the entire municipal plan (in Norwegian) here. 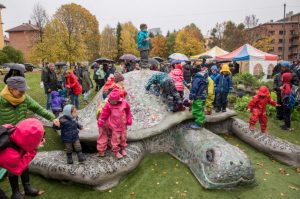 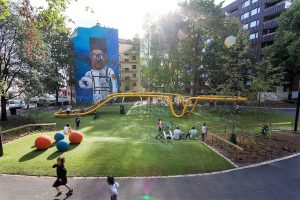 In the past, the urban development of Oslo may have had too much focus on the buildings themselves and not enough on what is happening between them, in the public space. However, in the last years, there has been a growing understanding of the importance of public spaces as social meeting places. Squares and outdoor public spaces are important places for the city's residents and visitors. From 2009 to 2019, a large number of squares, parks, streets and other public spaces have been updated and modernised under the municipal plan for squares and meeting places. Some of the small and large physical measures taken under this municipal plan were, for instance, more benches, tables and seating options, drinking fountains, outdoor facilities for physical activities, planting, upgrading of street lighting, etc. However, the municipal plan did not allocate any budget for more culture and more human activity in the streets, squares and meeting places. In addition, the municipal plan aims also to develop good collaborative processes between the municipality, the districts and private developers in order to plan and design the city's public spaces. However, this plan doesn’t consider the involvement and participation of local people in the design of these meeting places, even if they will be the end users.

The Future of Public Spaces in Oslo

The current government of the City of Oslo is quite liberal when it comes to support and planning for increasing quality of life for residents through public space and environmental measures. While the strong bureaucracy of the City of Oslo will make changing these plans and strategies difficult, the future could come with less funding from politicians who may see things differently. What is needed to ensure the success of these ideas is more funding so that these projects are successful in being implemented on a scale and with enough accessibility to change the general public’s attitude towards public space in Norway’s capital.

Would you like to know more about the city of Oslo’s leading plans and programmes? You can read more about these green policies (in English) here.

By: Laura Martinez and Adam Curtis