Access the second section of the Our City? book all about the theme gentrification HERE. 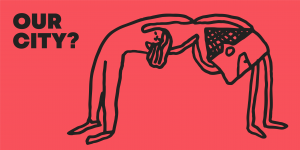 Chapters in this section include:

GALATA, ISTANBUL: UNDERSTANDING CONFLICT AND TENSION IN A GENTRIFYING NEIGHBOURHOOD by Aysegul Can